Blogspot, I always liked you, but apparently no one else does, so I'm packing up shop and moving to a new storefront. 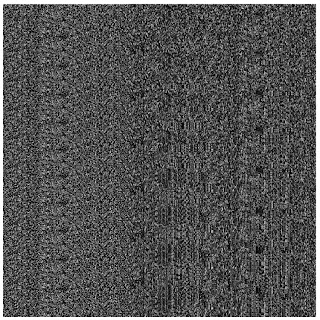 Landlocked into the growth cycle of the seasons. The artic blasts drifting down from the mountains by the calendar turn, obliterating life so it can always start anew every year. It’s reflected in the synthetic swells and budding beats, hardly managing to peak through the weight of the dirt. Both sides of this split between Iowa artists dugoutcanoe, from Fairfield, and Juxwl, from Ames, grow and bloom through a strange kind of organic electronics, replacing the glow of electricity with natural colors. 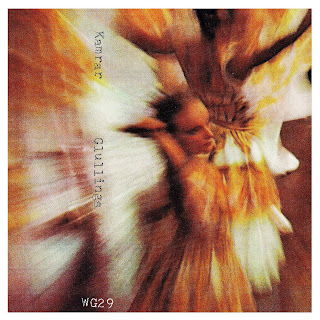 I remember reading an article about Deerhunter’s Bradford Cox doing some early tape loop recordings on a rooftop somewhere. I don’t remember very many of the details, and I also completely misidentified the concept of “tape loops” when approaching the recording of Kamrar material, which starts with a cassette tape player, passes through an enormous string of effect pedals, and ends with a loop pedal, with the source material being pulled almost entirely from used new age, instrumental, and self-help cassette tapes, thrifted from junk stores around the Midwest. The result is a kind of improvisational DJ set, wherein meditative tones, world music, and inspirational speakers are juxtaposed into a wall of layered tones, untethered by time, melody, or rhythm. Glullings is the sound of forfeited musical history bubbling up beneath its own timeline, like magnetic tape melting in a fire, the sparks rising in patterns before disappearing into a night sky the color of the tape in which they rose from. 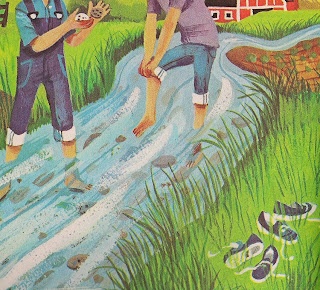 “I spliced my sampler into the timeline of a world filled with religious traditions and listened to too much gritty hip-hop to keep it from sounding pretty. Then, I started having these perfect dreams about a tall, dark-haired girl named Luney, who came to represent the line I drew as a guidepost for judging both my sanity and the state of my soul. And then I stopped having the dreams and let the samples ride out toward infinity, unchanging in search of eternal youth.” 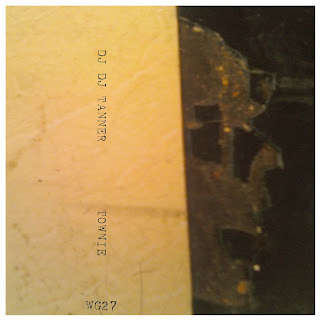 Another one in the DJ DJ TANNER ongoing series which will, someday, total twenty-four in all, this tape follows the drunken townie, stumbling out of morning mass and into the city streets filled with storefronts, every other window covered with cardboard and FOR LEASE signs. It's a simple city, and its calmness is reflected in the source selection of the album's loops, pulling from dirty old thrift store 45s.

It’s a kind of surreal parade of used-up small-town offerings, celebrating the shortcomings of a city too small to satisfy its citizens, and just large enough to keep anyone from leaving. TOWNIE follows the movements of its people like researching the repetitious trends of an ant farm, as the experiences of each character fade into and out of the whole picture, looping endlessly, generation after generation. 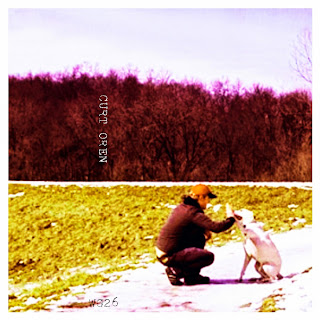 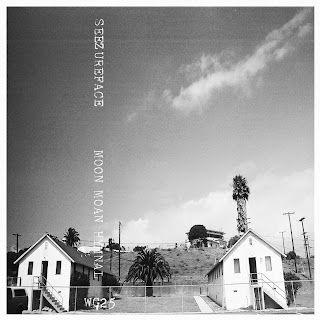 The third SEEZUREFACE tape on Warm Gospel finds the Iowa City musician reaching a new foothold of fidelity and scope, beyond the land-locked viewpoint of Midwest experimentation. When it’s dark and you are surrounded by trees, the only place to look is up. What you’ll find up there is otherworldly colors communicated aurally via maximal synth cuts roaring out over staticy radio signals from stations along the Earth’s surface. Broken drum rhythms tuning in and out as voices from years of media echo between through the tradewinds, obliterated by the atmosphere, and into astral territory suddenly filled with sound. 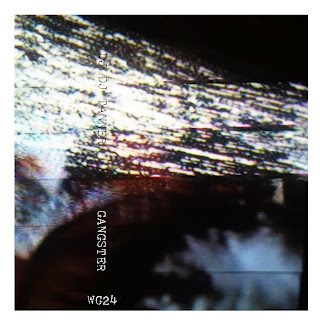 As scratchy and dark as the album cover looks, GANGSTER lumbers forward with all of the drowsy, late-night/early-morning heaviness of the aftermath from a night spent drinking in a city that is beginning to feel unsafe. 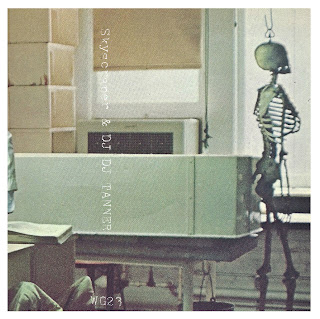 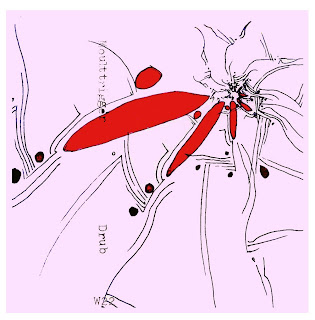 "Moulttrigger finds 4/4 beat pop songs in the throbbing low end of harsh noise. Though the changing nature of the feedback happens below the surface, the subterranean swells still manage to bubble over at times, and the rarity of those moments are what keeps Moulttrigger’s music breathing." 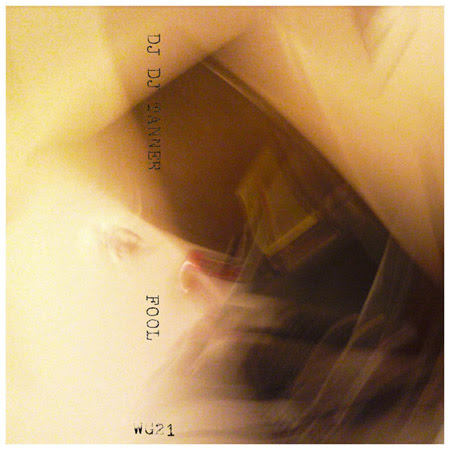 Months of thrift store digging has unearthed FOOL, the sixth tape in this ongoing DJ DJ TANNER series. The picked over, chicken-scratched selections of forgotten 45’s are repurposed here, creating a kind of loungey, intermission soundtrack that keeps all the tension of an exciting first act, held like a breathe. 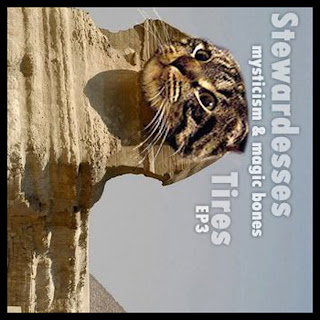 Central Iowa’s Tires and Stewardesses both pull electronic music forward like waves, following a similar straight line but cresting above and crashing below, meeting only in the middle where the ocean is filled with bleeps and bloops and a thin white outline of reverb. When these songs drop, they drop like a Midwest blizzard.

Zeitgeist II took place over the weekend. Chuck Hoffman and I took photographs of nearly every band that played. You can look at them below.

Or follow this link for a better slideshow version.
Posted by Trey at 10:35 PM No comments:

Email ThisBlogThis!Share to TwitterShare to FacebookShare to Pinterest
Labels: zeitgeist 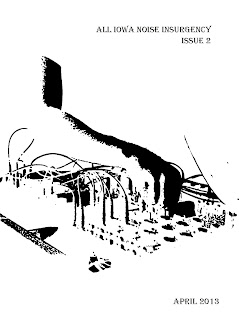 Issue 2 of the All Iowa Noise Insurgency zine is finished.

-An intro by Chuck Hoffman who runs the Centipede Farm tape label
-An interview with Iowa City's Jay Schleidt and Devin Dart by Bob Bucko Jr.
-A preview of Zeitgeist II
-A review of SEEZUREFACE's MESSY SETI CASSEVETES tape on Warm Gospel
-A review of the Vales tape Boat Impressions from Centipede Farm
-A review of Curt Oren's Is Anyone tape on Personal Archives
-Vinyl Sample Shopping in Des Moines with DJ DJ TANNER

Let me know if you want one.

treyreis@gmail.com
Posted by Trey at 6:17 PM No comments: 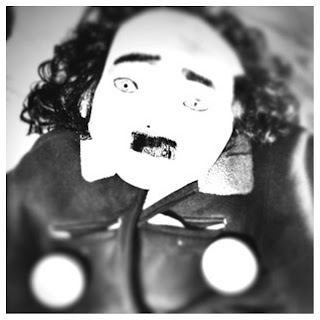 Iowa City’s space noise purveyor, Zach Straight, releases his synthetic explorations under the moniker SEEZUREFACE. With his second album on Warm Gospel, Straight has taken on something of an alien perspective, attempting to force field samples of ordinary human media and entertainment out of any recognizable context by scattering them across cosmic rings of synthesized noise. It’s like Earth’s radio signals, degraded by light years of travel, being picked up through layers of moving white noise outside of the Milky Way galaxy.

On MESSY SETI CASSEVETES, his approach lies somewhere between the sonic walls of Tangerine Dream and the remaining puddles from 2012’s flash flood of vaporwaves. It leaves the music in a calming state of ambience, accompanied by soft drums ringing out like raindrops on your windows. The buried spoken-word samples from years of film history remind you that, despite the motion sickness from all of this interplanetary traveling, you are never really too far from home.

Breathe. There may not be oxygen here, but the air is fine. 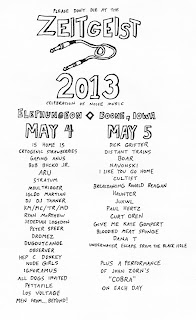 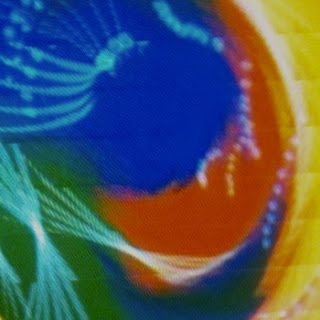 But you do have to go to work today and of course it’s chaotic on this particular day. Those bass beats boom out like a hammer, and the copy machine sounds like a synthesizer. But then you get off work, and it feels great because you are off work, like better than it would had you suddenly realized you had the whole day off while sitting on your couch. You listen to music really loud and drive home like it’s summer, but the sun sets quickly and it’s night before you even realize it. 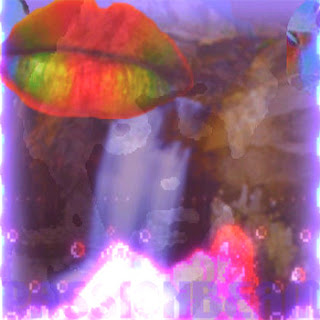 "…like smoking a hash oil pen in a parking lot on your break, things REALLY don’t change that quickly or vastly. But I’ve come to expect that as a music listener. I want more, and I want it fresh. So, what I’m trying to describe here is the difference between creative input and critical critique. As well, the only internet “sensation” is, like, Mark ZuckerBANG or, like, the person/people who invented it. When I see someone’s tweet or Facebook status online, I care as much as I scroll over it. Just like this post here, potentially. I have no doubt most people will scroll over this here writing so they can scope new music. Word. Word. In the end, does ambition trump talent?" 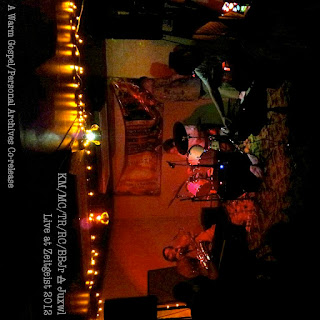 Recorded live at Zeitgeiest 2012, a noise festival in Boone, IA, this split contains the entire Juxwl set plus 5-way noise jam session wherein aspects of 4 different local noise and drone bands were combined to achieve something larger than the sum of its parts, which included synthesizers, drums, a saxophone, and various electronics. Recording by Matt Dake.
Posted by Trey at 4:17 PM 1 comment: 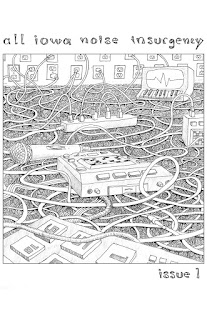 Issue 1 of the All Iowa Noise Insurgency Zine is done and available for free. You may run into copies of it around Ames, Des Moines, or Dubuque. Otherwise, I have some extras laying around that I'd love to send you, so let me know if you want one.